Oceans Initiative is a team of scientists on a mission to protect marine life including whales, dolphins, sharks, salmon & seabirds, and the ecosystems on which they depend, in the Pacific Northwest and beyond. A $1 of every pint sold benefits this local non-profit on April 23, 2019.

Like the whales they study, the team at Oceans Initiative is highly migratory. They divide their time between getting their feet wet in the field wherever their work is needed and using science to inform smart decisions to conserve wildlife. They aim to enhance stewardship of the environment, by providing the most accurate scientific information possible to those responsible for environmental policy-making, by enhancing public understanding of the environment and the effects of human activities upon it, by utilizing non-invasive research methods, and by supporting women in science.

Oceans Initiative has many opportunities to get involved. Charitable donations support their important work locally and around the world. Sharing their work with friends and family helps to spread the word. People can “join the pod” as monthly donors or reach out to collaborate through their website:
http://oceansinitiative.org 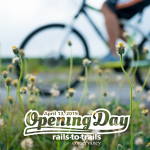