A little over a year ago we signed a lease for a space in Greenwood with high hopes for what it could become, a brewery.  But much more than a brewery- Washington’s first cooperative brewery finally in physical manifestation.  Now, not only are we open, but we have a Seattle Beer legend as our brewer, an awesome staff, and a truly beautiful space.  The Flying Bike Cooperative Brewery as a community has a lot to be proud of and a lot to be thankful for this year.

During the last election we asked you, our members, to nominate 3 charities that you would like to see your Cooperative Brewery support.  We were overwhelmed with the answers and while we wish we could support all those nominated (over 150) we can only do so much.  But have no doubt we will do what we can- starting with our neighborhood.  And we need your help to make the biggest impact! 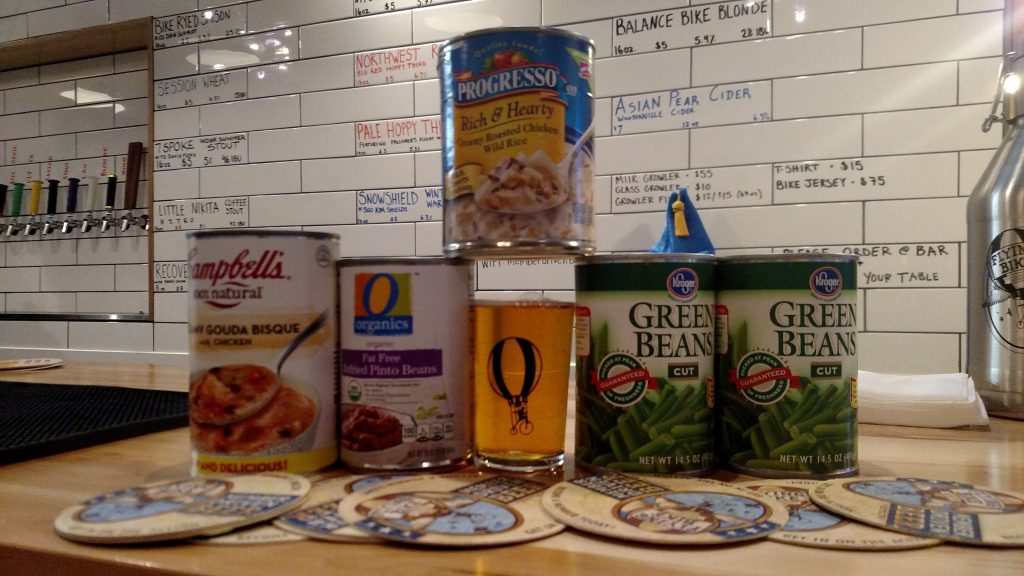 We are launching our first #MemberDrivenCommunity (MDC) event on January 7th with an ongoing #MemberDrivenFoodDrive, benefiting the Greenwood Food Bank, from now up until close of business day of the event.  There are currently two boxes from VOA at the brewery and we want your help filling them!  Our goal is to fill 5 boxes, and for each box Flying Bike will donate $25 to the Greenwood Food Bank - in addition the food!
Each box can contain between 100 and 150 pounds of food, so we will need to tap the strength of our membership to meet our lofty goal!

A couple of quick factoids about how to donate items:

In addition to the $25 donation PER BOX on January 7th, the last day of the food drive we will be donating $1 per beer for the entire day to the Greenwood Food Bank!  And that’s not even all, in honor of our inaugural #MemberDrivenCommunity we will be releasing a very special barrel aged beer!  Stay tuned for more information on what this secret beauty will be.

The #MemberDrivenCommunity charity event series will be recurring on the first and third Thursday of each month featuring a rotating nonprofit.  All the charities are selected from the member nominated list during elections and will be scheduled ongoing throughout the year.  So be sure to keep up with our events on Facebook to come out and support your Cooperative supporting charity.  During all events in this series Flying Bike will donate $1 per beer* to the featured charity throughout the day and staff and/or volunteers of the nonprofit will be on site to help you get to know the cause.

*Please note there will be no Member Happy Hours during #MemberDrivenCommunity Events, as the proceeds will instead be donated to the featured charity. 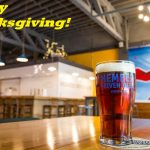 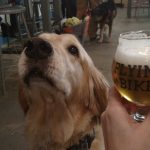