Well it’s been a pretty quiet month at the Flying Bike, your local co-operative brewery, out here on the edge of town, in farthest Greenwood. Though apparently there was some kind of fairly lively event taking up pretty much the whole of Greenwood this last Saturday, and let me tell you parking was terrible. 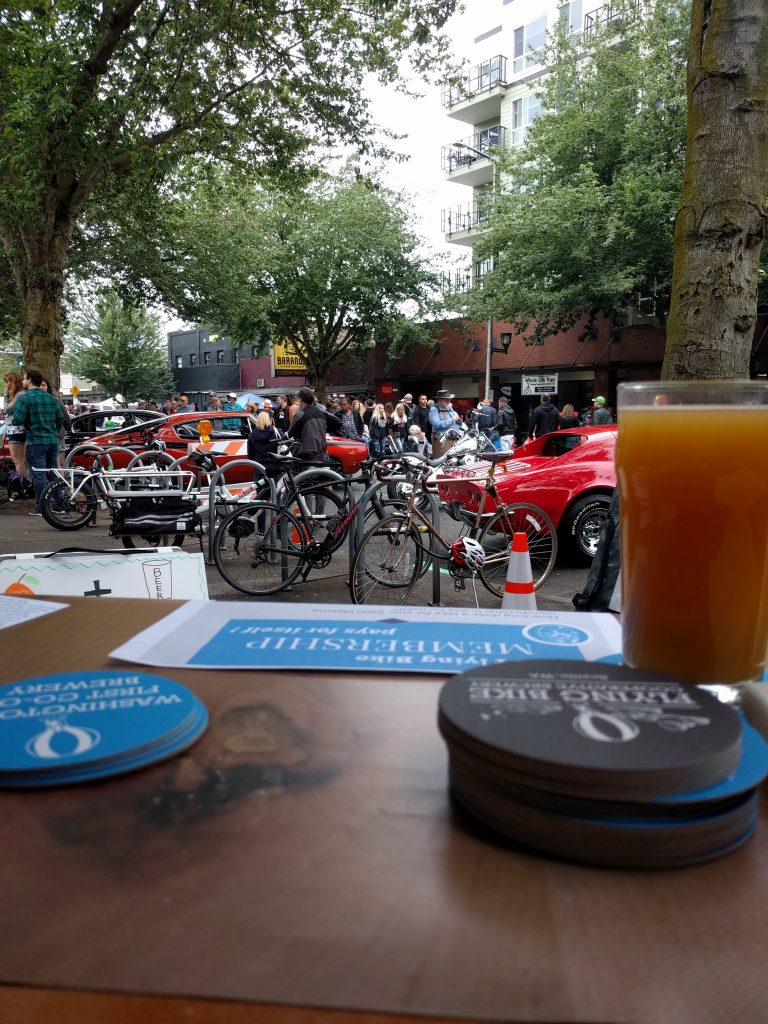 I was about to give up but was able to squeeze in between a mint “57 Bel Aire and a Model A that looked like it might have had more than one owner. I got some funny looks but I suppose they were ogling my sweet spaceship-silver ‘16 Honda CRV. Totally stock, all original.
I’m kidding, it was the Greenwood Car Show, we served Beermosas at the brewery in the morning and it was awesome.

We all have mixed feelings about the Safeway on the next block closing down--we’ll have to walk farther to get grapefruits for the Zest-a-Peel, but then again eventually there will be a tall building full of future co-op members to take its place. Meanwhile it’s fascinating to watch that expert detonation team carefully placing the charges for the big implosion event, and we’ve been advised that we’ll need to put plywood and canvas over everything, and be ready with every spray hose we’ve got to defend ourselves from the gaint, fast-moving dust cloud that will follow the shock wave.
I’m kidding about that, too. But I’m not kidding about John McCaslin’s English Session Ale being on draft and being exquisitely quaffable. After much unnecessary deliberation, we hit upon calling it “McCaslin.” As in “A pint of McCaslin, please,” or “Another pint of McCaslin, please,” or “Two pitchers of McCaslin, please.” And most enticingly: “McCaslin on cask.” Isn’t that beautiful?

And isn’t that Loral Pale Lager nice? We’ve just brewed an amber lager with the same yeast, and we’ll just have to let that ferment for a while till we see quite what we have on our hands. It should hit the spot for those who lean toward malt and away from hops, but would like something for a hot day. And a cool day.
Those hazy things will keep coming. Jesse and Agustin and I are especially excited about the New England Wit we’ll be putting on draft next week. We were thinking of brewing a wit, and we were also thinking about what kind of juicy hazy pale we could do, and suddenly we went, duh. Two great tastes that taste great together! So it’s like a wit malt bill, with the wheat and rye and oats, and the dried orange peel, but a New England hazy yeast strain and the massive dry-hopping of that style, featuring Jarrylo and Mandarina. That one might show up before the Sister Seal is gone, so if you’re enjoying the marine mammal series, you might have to have more than one.
Thank you for nerving yourself up to approach the Opinionator Imperial Pale. I knew you could do it.  It’s only getting better, I think. It might not be for every occasion, but it’s an occasion every time. Hey that’s good, I just though of that.
For any old-schoolers like me out there, there’s a nice straight Northwest-style Amarillo-Simcoe IPA in your future. Those things are still delicious, you know. Even if you can kind of see through it a little.
Well I’ve gone on too long, and my kettle is about to boil over. It’s the amber lager today. I feel like it’s going pretty well, but I don’t really know how it’s going to turn out. Exactly my favorite place to be.

See you at the brewery!
Kevin Forhan 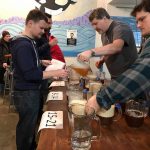